The Concordia Club was founded as a general incorporated association on September 25, 2015. Concordia is an ancient Roman goddess.

We describe time periods between war and war as peace, but in this peace there are winners and losers. However, there is no winner or loser under Concordia who embodies cooperation, mutual understanding and harmony.
This is what I saw on TV, I guess… I accidentally had this explanation when I watched an Italian lesson on TV. I decided the name of the association as Concordia club.

Actually, I had done various activities with close friends for quite a while before founding this association.
We drunk a lot, and everyone gradually got older. We agreed on “Not just drinking and having fun, but let’s do something good for others”, so I started this Concordia Club.
The motto is “Enjoy, and contribute to society and learn.”

Everyone says social contribution nowadays, and there are various forms of it. Since I happened to become friends with the people of the Republic of Botswana in Africa, our members and I brainstormed what we could do in Africa.
One of our ideas is manga.

In Africa, “Kaizen”, a bottom-up approach, became famous now. I want to convey the feeling that it will be rewarded if you make efforts.
There are 56 countries in Africa, and the languages seem to be diverse. However, in manga, there is no language barrier. (I don’t say, “languages are unnecessary in manga”, though).

I hope to use this universal language called manga to understand our values and share it.
After informing the power of Japan’s proud manga, we will move to the next stage, to establish a manga school in Africa,
In the future I hope that African “Osamu Tezuka” or “ Shotaro Ishinomori” will come out and produce awesome works setting in Africa.

The second is evergreen Kirinso, Kamchatka Stonecrop.
It may be a word that you do not hear much, but to put it simply, it is a ground plant that does not require management like a lawn. It is a very strong plant even at high temperature and low temperature and in drying.

The area of Africa is the size that the United States, Europe, China, India, Japan are all included. Desertification is progressing in Africa. The whole earth is also warming.
Therefore, in order to prevent desertification, we plant evergreen Kirinso that requires almost no water. When this Kirinso is planted on the roof of the building, it will be cooler in the summer and warmer in the winter.
It helps energy saving. And more than anything else, we can eat those plants when we have a famine.

In addition to these two, various projects are about to be started.
I wish to build a better society with everyone’s wisdom.

In addition to social contribution activities, we hold monthly regular meetings, and we have lectures by members who are experts in their own fields. 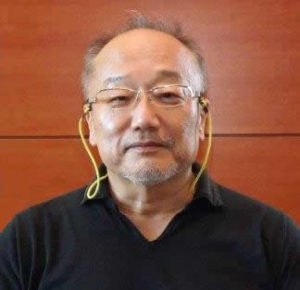